Callaway today announced it has extended its relationship with Phil Mickelson, solidifying the five-time major champion will play Callaway equipment for the remainder of his competitive playing career.

Since joining Callaway in 2004, Phil has won 21 of his 42 PGA Tour titles, including four of his five major championships. Read More 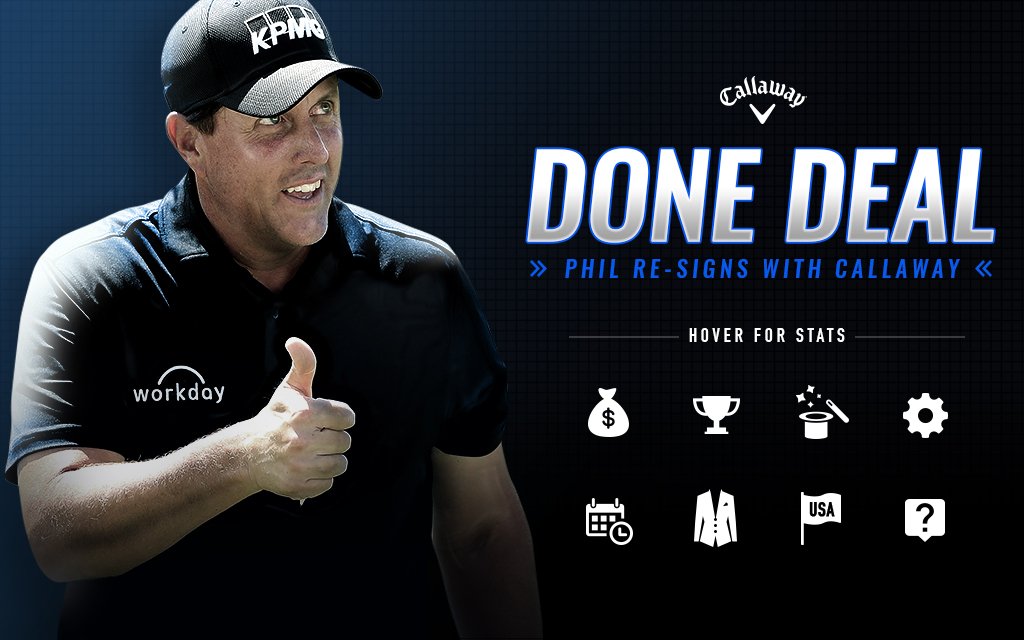 I Love the Titleist AVX

That was a long way to dig for a Laddie. #GolfBall

The front line is closed thank goodness I have all

Golfing with some new friends this morning. @redro

The tile work is complete. I want my pool.

Thank you so much for following. #5000follwers #5k

We have gunite and more rain.

The rebar is in, hopefully the gunite will get don

Sunset over the pond on #8 #wildwoodgolfcourse

The deer feeder is a popular places.

Don't fall for this scam. #ScamAlert